Which are Better? Imaging Scanners or Laser Scanners? 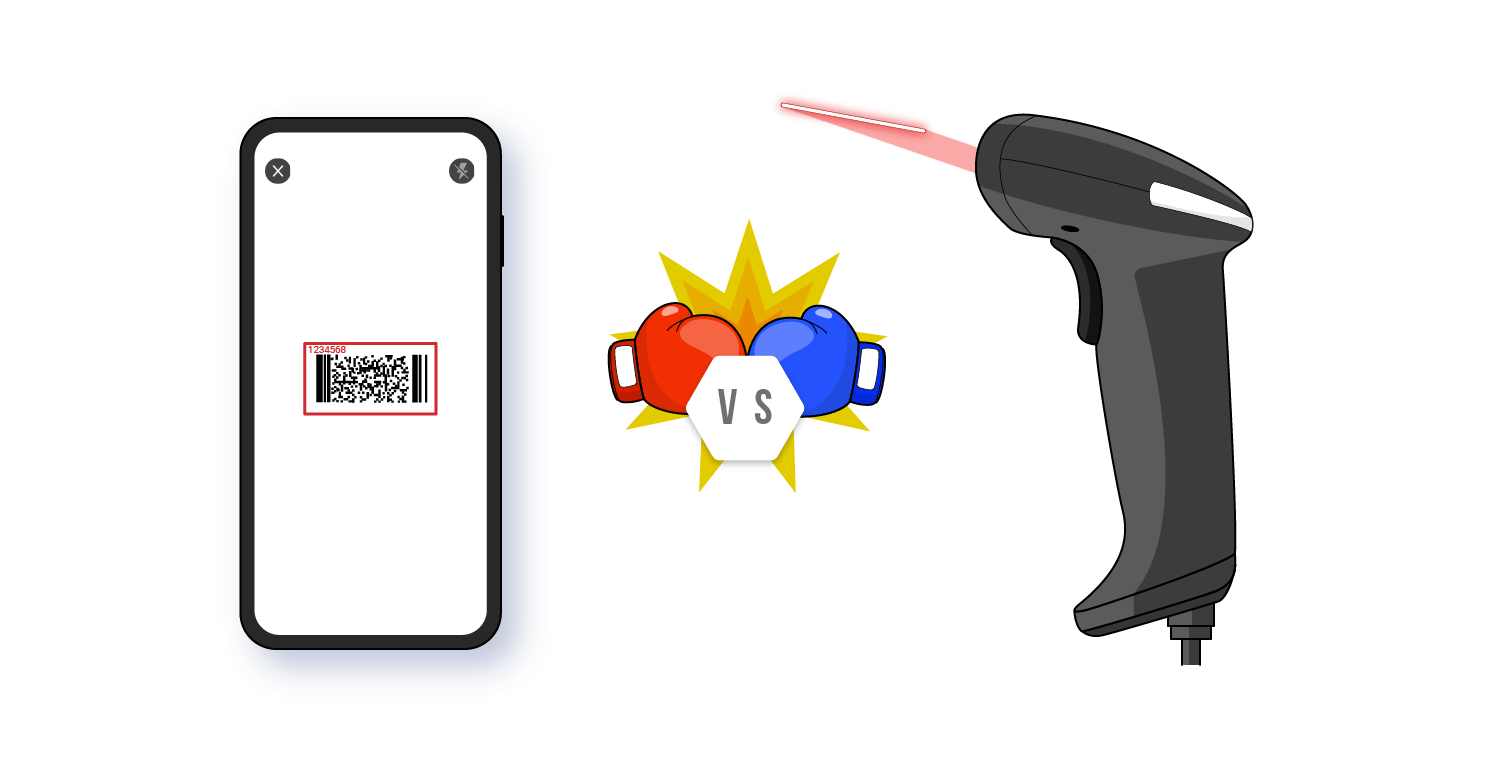 Laser scanners started being replaced by 2D imagers several years ago, and the pace is quickening. Why? Because laser scanners can only scan 1D (“linear”) barcodes on whereas 2D imagers can scan both 1D and 2D barcodes.

With 2D barcodes, issuers could include a lot of data in the barcode, thus making barcode scanning attractive for a host of new applications. Importantly, those 2D barcodes were used as mobile barcodes for tickets, IDs, coupons, etc. and presented to a scanner from a consumer’s smartphone. A laser scanner cannot scan mobile barcodes. However, imaging scanners can.

Also, with the rise of smartphones, the market was suddenly saturated with built-in cameras able to be configured as 2D imaging scanners. The app stores now have many entry-level barcode and QR code scanning apps to choose from that are 2D imaging scanners. At the enterprise level, apps like CodeREADr have invested heavily into both 1D and 2D technology and thus have scan engines with very fast, very accurate scanning capabilities.

What is a barcode?

Importantly, barcodes require a decoder to ‘read’ the image. Also, barcodes are representations of data. Think of a barcode as a font. Each part of the barcode “image” corresponds to a character. Typically, standard 1D barcodes are composed of bars, like their name implies. Black bars signifying the characters, with white space between to show where characters end and where they begin. Also, 1D barcodes sometimes have a specific number of characters allowed, and have size limits.

Whereas 2D barcodes, such as QR codes, are composed of a very similar structure. Here, the shapes are made from elements (large pixels) that are arranged based the characters in the code’s value. The data represented by 2D barcodes can be as simple or as complex as needed. 2D barcodes can adjust in size to be as big or small as needed. A 2D barcode can be just a few characters, like 1234, or 1000 or more characters and are generally readable from any reasonable angle.

First, laser scanners are able to read a barcode by emitting light and then reading the reflection. The scanners read standard 1D barcodes by detecting the dark bars versus light spaces between the bars. Thus, angles that you can scan 1D barcodes from are limited. Also, a laser scanner cannot read 2D barcodes or QR codes, or read barcodes off a smartphone screen or light-emitting display.

2D barcodes can be far more complex. A 2D imager decodes or ‘reads’ the image and interprets it directly from the image. That helps 2D barcodes to be scannable from any reasonable angle. Also, a 2D imager can read both 1D and 2D barcodes, including QR codes, and can easily read barcodes off smartphone screens.

So which is better? Notably, 2D imagers can scan many more types of barcodes and offer better accuracy. However, they cost more than laser scanners. Therefore, to determine which type of scanner to use, you must first know what kinds of barcodes you need to scan. Essentially, this will allow you to select the correct barcode scanning technology for your task.

How to choose the best barcode scanners