codeREADr and the Education Sector

We have many top colleges & universities using our codeREADr app, usually for recording attendance or for tracking assets. And although the education sector is one of the fastest growing for us, imagine our surprise when we heard from Cole Vincent, a student at a K-12 school in a rural municipality of Tasmania. Here’s their fun story about using codeREADr as a versatile mobile ticket app. Excellent work, Cole! You have a bright future!

“Circular Head Christian School on the far north-west coast of Tasmania, Australia was the very first school in the country connected to the National Broadband Network, a government initiative that is connecting 93% of Australian Premises to a fiber optic network. Because of this they are always looking out for new ways to utilize this connection, the annual middle school social was coming up and it became time to look into ticket design which also involved developing a way to check that validity of the tickets. After a couple of days of research they stumbled across codeREADr, the perfect solution to their problem.

The tickets were then designed in Microsoft Publisher. QR codes and names were added using the Mail Merge feature. These tickets were then scanned at the door using iPhones to check their validity, as there was also one free drink included with the ticket a separate service was added to the codeREADr account that only allowed a ticket to be scanned once, the student leaders at the canteen were also equipped with iPhones, as the student collected their drink their ticket would be scanned, the online codeREADr database recorded it and did not allow the ticket to be scanned again.

In the past these tasks were completed manually using a pen and paper, which was difficult under low-light conditions and also very time-consuming, it was also prone to human error which would lead to some very disgruntled students. codeREADr was the perfect solution for the Senior Student Leadership Team at Circular Head Christian School.” 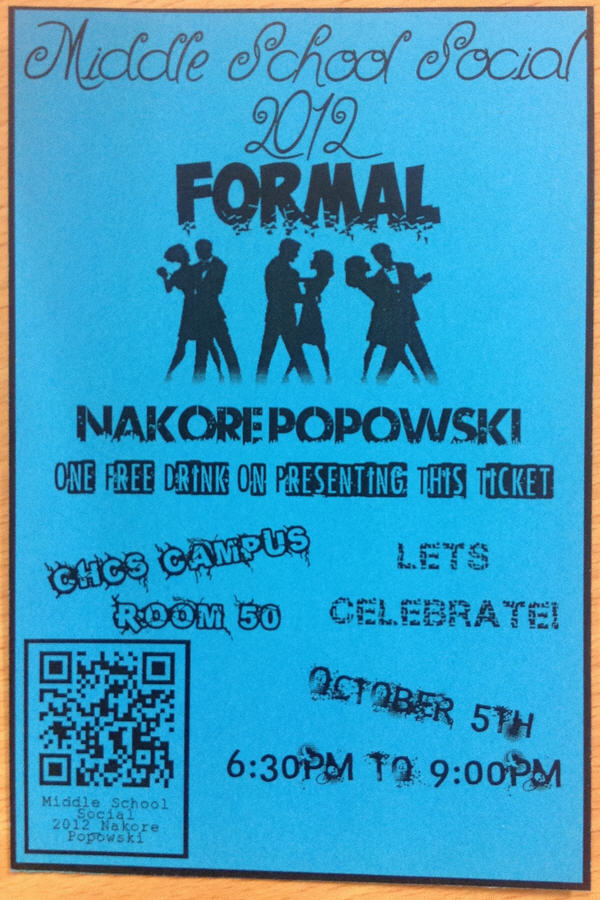